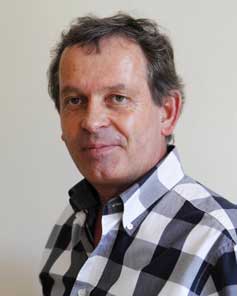 Prof. Dr. Gert Storm is a (bio)pharmaceutical scientist at the Department of Pharmaceutics of the Utrecht University. His research interests are in the fields of biopharmaceutics and advanced drug delivery/drug targeting. Since 2009 he has been Honorary Professor in Biomacromolecular Drug Delivery at the University of Copenhagen. In 2000 he was appointed as a professor (Targeted Nanomedicine) at Utrecht University. Since 2012 he is also professor (Targeted Therapeutics) at the MIRA institute of the University of Twente (Netherlands). Besides, he keeps a position (Imaging-Guided Drug Delivery) at the University Medical Center Utrecht (UMCU) within the Centre for Image-Guided Oncological Interventions, and is Visiting Professor at the Department of Pharmacy at the National University of Singapore. He is the (co-) author of about 500 original articles, reviews and book chapters. His H-index is >75 (Google Scholar), and he is included in the 2014, 2015 and 2016 lists of The World’s Most Influential Scientific Minds of Thomson Reuters (Highly Cited Researchers, period 2002-2014). 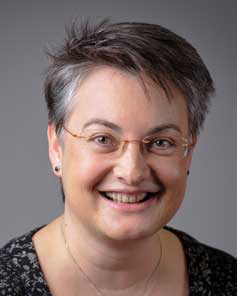 Catherine Le Visage is currently a Research Director and the Deputy Director of INSERM UMR 1229/Regenerative Medicine and Skeleton (RMeS) laboratory (University of Nantes, France). Her main focus is the development of hydrogels hydrogels for long-term delivery of biochemical signals and on self-setting hydrogels for joint regeneration.

She was trained as a Pharmacist. In 1999, she received her PhD in Pharmaceutical Technologies from the University of Paris 11 (France) on nano-and microparticles. She performed a post-doctoral training at the Johns Hopkins School of Medicine (Baltimore, USA) in the Biomedical Engineering Department, where she was appointed as a Research Associate in 2003. Her research focused on tissue engineering projects, such as intervertebral disc regeneration and tracheal replacement. She joined Inserm as a tenured Research Scientist in 2007 to conduct research on 3D polysaccharides for tissue engineering.

She has coordinated a France-Singapore ANR project on functionalized hydrogels and has been a co-PI in multiple national grants on cell therapy and regenerative medicine. She has authored 55 publications in ISI-indexed journals (h-index 23) and 11 patents. 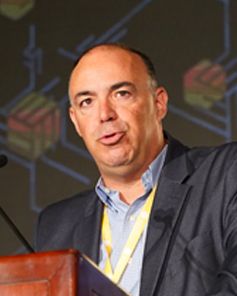 Dan Peer is a Professor and the Director of the Laboratory of Precision NanoMedicine at Tel Aviv University (TAU). He is the Vice Dean for Research at the George S. Wise Faculty of Life Sciences. From 2016, he is the Chair of Tel Aviv University Cancer Biology Research Center; the biggest Cancer Center in Israel that includes 17 affiliated hospitals and from 2017, the Founding and Managing Director of the SPARK program of Translational Medicine at TAU.

Prof. Peer’s work was among the first to demonstrate systemic delivery of RNA molecules using targeted nanocarriers to the immune system and he pioneered the use of RNA interference (RNAi) in immune cells. In addition, his lab was the first to show systemic, cell specific delivery of modified mRNA to cells to induce therapeutic gene expression of desired proteins within the immune system that has enormous implications in cancer and inflammation.

Prof. Peer has more than 130 pending and granted patents. Some of them have been licensed to several pharmaceutical companies and one is currently under registration (as a new drug in inflammatory bowel disease). In addition, based on his work, five spin-off companies were generated aiming to bring innovative personalized medicine into clinical practice. He received more than 30 awards and honors and he serves on the scientific advisory board of more than 10 companies, and on the editorial board of more than 15 journals. He is an Associate Editor of the Journal of Controlled Release. Prof. Peer is a past President of the Israeli Chapter of the Controlled Release Society, and a Past Member of the Board of the Israel Young Academy of Science 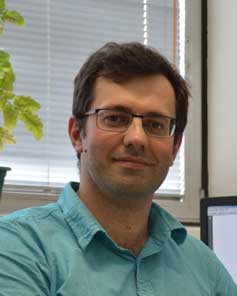 Andrey Klymchenko started his research with chemistry and photophysics of new fluorescent dyes, which constituted a subject of his PhD degree from Kyiv National University in 2003. Then, he worked in the University of Strasbourg, where he could combine synthesis of new dyes with their bioimaging applications. In 2005, in order to extend his expertise towards supramolecular chemistry and nanotechnology, he moved to Catholic University of Leuven. Then, he joined CNRS in 2006, received CNRS Bronze Medal in 2010 and was promoted to Director of Research in 2014. In 2015, he obtained ERC consolidator grant BrightSens to work on fluorescent nanoparticles for ultrasensitive detection of cancer markers. He is a leader of “Nanochemistry and Bioimaging” group. His research interests include functional fluorescent molecules and nanomaterials for biosensing, imaging and theranostics. He has developed a number fluorescent probes for cellular imaging, notably probes for apoptosis detection, imaging plasma membranes and long-term multicolour cell tracking, which are currently on the market. Moreover, he recently introduced new concepts for development of ultrabright dye-loaded nanoparticles based on polymers and lipids for bioimaging applications. He is a co-author of over 180 peer-reviewed articles. 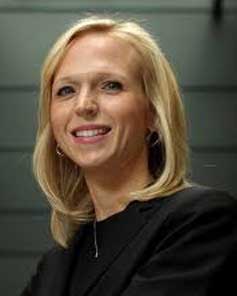 Dr. Christine Allen is Associate Vice-President and Vice-Provost, Strategic Initiatives at the University of Toronto, driving innovation and collaboration across campus. She is an academic and business leader, entrepreneur and award-winning researcher and President Elect of the Canadian Society for Pharmaceutical Sciences (CSPS).

As co-founder and former president of Nanovista, a J&J Innovations JLabs company focused on developing an image-guided strategy to treat cancer, Dr. Allen led the founder group in a $2.3 million raise of seed capital. Nanovista was featured by Scientific American as one of 10 start-ups changing healthcare.

Prior to her current role, Dr. Allen was Interim Dean of the Leslie Dan Faculty of Pharmacy at the University of Toronto. She has held senior leadership roles in her Faculty, University of Toronto, external granting agencies and scientific societies. Dr. Allen’s research is focused on the development of advanced drug formulation and delivery strategies. She is an accomplished researcher with over 130 publications to her name,10% of which are featured in the Journal of Controlled Release (JCR), a top ranked journal in the pharmaceutical sciences field. 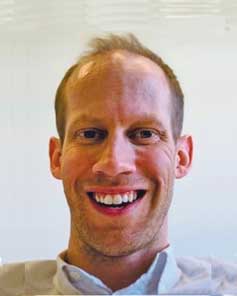 Prof. Bruno De Geest graduated as Chemical Engineer in 2003 from Ghent University where he obtained his PhD in pharmaceutical sciences in 2006. For this work he was awarded the graduate student award for pharmaceutical technology from the AAPS and the Andreas Deleenheer award from Ghent University. After 2 years of postdoctoral research at Utrecht University (The Netherlands) Bruno returned to the Ghent University. In October 2012 Bruno was appointed as Assistant Professor, in 2017 as Associate Professor, and in February 2019 as Full Professor. He is currently a recipient of an ERC Consolidator Grant from the European Commission. Bruno has published over 150 papers and has an H-index of 42. The De Geest lab operates at the interface between materials chemistry and immunology. The lab has a strong interest in engineering the immune system via functional materials that can either modulate the pharmacokinetic and pharmacodynamic profile of immuno-modulatory stimuli and antigens. This is combined with developing strategies that modulate the interaction between immune cells and cancer cells. Endeavours focus on engineering innate immune activation, cancer vaccines and T cell engineering. 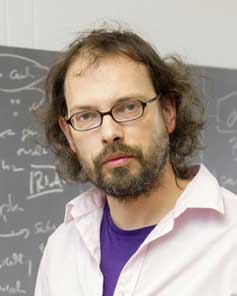 After three years of founding and running a biotech company, he continued his academic career in Bonn and Glasgow (UK). He is a consultant to various companies in the life sciences and since 2010 tenured professor at the University of Bonn. He currently explores the broad applicability of aptamers for basic research and his group is also involved in developing novel aptamer related therapeutic and diagnostic strategies. 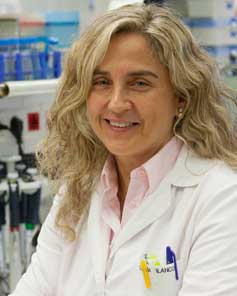 Her research lay in the field of biomaterials and advanced drug carrier systems including the design and the development of polymer and lipid based micro- and nanoscale carriers, their biological evaluation in in vitro cell cultures (toxicity, mechanism of action, intracellular drug release) and also their pharmacokinetic and dynamic impact in vivo (using relevant animal models of the diseases). These micro and nanosystems are prepared using non-toxic, biocompatible and biodegradable biomaterials. Research carried out in this field is mainly applied to cancer, infectious, cardiovascular and neurodegenerative diseases. The main objectives are to target the molecules to their site of action (i.e. cancer cells), to decreases the toxicity of anticancer drugs, to improve the oral absorption of poorly absorbed drugs, to protect fragile molecules like cytokines (for cardiac tissue regeneration) or neurotrophic factors (for brain tissue regeneration) from degradation in the body and to achieve a controlled and sustained release of the entrapped molecules over the time.