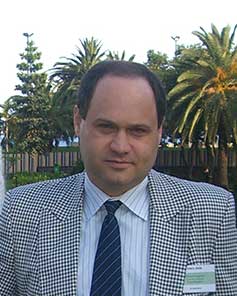 Prof. Angelov (MEng 1989, PhD 1993, DSc 2015) is a Fellow of the IEEE, of the IET and of the HEA. He is Vice President of the International Neural Networks Society (INNS) for Conference and Governor of the Systems, Man and Cybernetics Society of the IEEE. He holds a Personal Chair in Intelligent Systems at Lancaster University, UK. He leads the Data Science group at the School of Computing and Communications which includes over 20 academics, researchers and PhD students. He has authored or co-authored 300+ peer-reviewed publications in leading journals, peer-reviewed conference proceedings, 6 patents, two research monographs (by Wiley, 2012 and Springer, 2002) cited over 9500+ times with an h-index of 49. He founded in 2010 the Intelligent Systems Research group which he led till 2014 when he founded the Data Science group at the School of Computing and Communications before going on sabbatical in 2017 and established LIRA (Lancaster Intelligent, Robotic and Autonomous systems) Research Centre (www.lancaster.ac.uk/lira) which includes over 60 academics across different Faculties and Departments of the University. He is a founding member of the Data Science Institute and of the CyberSecurity Academic Centre of Excellence at Lancaster. He has an active research portfolio in the area of computational intelligence and machine learning and internationally recognised results into online and evolving learning and algorithms for knowledge extraction in the form of human-intelligible fuzzy rule-based systems. Prof. Angelov leads numerous projects (including several multimillion ones) funded by UK research councils, EU, industry, UK MoD. His research was recognised by ‘The Engineer Innovation and Technology 2008 Special Award’ and ‘For outstanding Services’ (2013) by IEEE and INNS. He is also the founding co-Editor-in-Chief of Springer’s journal on Evolving Systems and Associate Editor of several leading international scientific journals, including IEEE Transactions on Fuzzy Systems (the IEEE Transactions with the highest impact factor) of the IEEE Transactions on Systems, Man and Cybernetics as well as of several other journals such as Applied Soft Computing, Fuzzy Sets and Systems, Soft Computing, etc. He gave over a dozen plenary and key note talks at high profile conferences. Prof. Angelov was General co-Chair of a number of high profile conferences including IJCNN2013, Dallas, TX; IJCNN2015, Killarney, Ireland; the inaugural INNS Conference on Big Data, San Francisco; the 2nd INNS Conference on Big Data, Thessaloniki, Greece and a series of annual IEEE Symposia on Evolving and Adaptive Intelligent Systems. Dr Angelov is the founding Chair of the Technical Committee on Evolving Intelligent Systems, SMC Society of the IEEE and was previously chairing the Standards Committee of the Computational Intelligent Society of the IEEE (2010-2012). He was also a member of International Program Committee of 100+ international conferences (primarily IEEE). More details can be found at www.lancs.ac.uk/staff/angelov 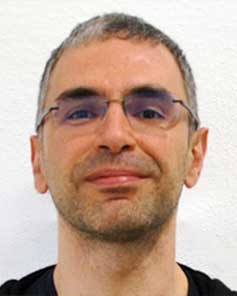 Roberto Navigli is Professor of Computer Science at the Sapienza University of Rome, where he heads the multilingual Natural Language Processing group. He is one of the few researchers to have received two prestigious ERC grants in computer science, namely an ERC Starting Grant on multilingual word sense disambiguation (2011-2016) and an ERC Consolidator Grant on multilingual language- and syntax-independent open-text unified representations (2017-2022). He was also a co-PI of a Google Focused Research Award on NLU. In 2015 he received the META prize for groundbreaking work in overcoming language barriers with BabelNet, a project also highlighted in The Guardian and Time magazine, and winner of the Artificial Intelligence Journal prominent paper award 2017. He is the co-founder of Babelscape, a successful Sapienza startup company which enables NLP in dozens of languages. In 2021 he will be Program Co-Chair of ACL 2021. 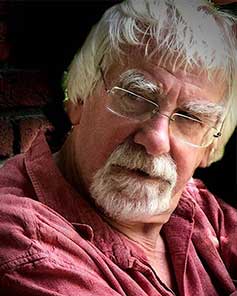 Anton Nijholt started his professional life as a programmer at TNO-Delft, The Netherlands. He studied civil engineering, mathematics and computer science at the Delft University of Technology and did his Ph.D. in theoretical computer science at the Vrije Universiteit in Amsterdam. He held positions at the University of Twente, the University of Nijmegen, McMaster University (Canada), the Vrije Universiteit Brussels (Belgium), and at the Netherlands Institute for the Advanced Study of Humanities and Social Sciences NIAS) in Wassenaar. During some years he was a scientific advisor of Philips Research Europe, Eindhoven. He initiated the Human Media Interaction group of the University of Twente. A few years (2015-2017) he was a global research fellow at the Imagineering Institute in Iskandar, Johor, Malaysia. In 2018 he became a member of Microsoft’s Technical Leadership Advisory Board on Brain-Computer Interfaces (BCI).

Anton Nijholt has an interest in human-computer interaction, entertainment computing, affective computing, humor research, playable cities, and brain-computer interfacing. He is author of hundreds of research papers in these areas. He has been program chair and general chair of many international conferences and workshops devoted to these topics (ICMI, ACE, IVA, ACII). Nijholt is chief-editor of the specialty section Human-Media Interaction of the journals Frontiers in Psychology and Frontiers in Computer Science. He is also the series editor of the Springer Book Series on Gaming Media and Social Effects. In addition to some books on brain-computer interfaces, Nijholt is editor of the 2016 Springer book: “Playable Cities: The City as a Digital Playground” and the 2019 Springer book “Making Smart Cities More Playable: Exploring Playable Cities”. 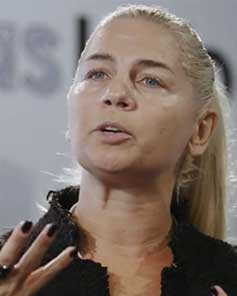 Maja Pantic obtained her PhD degree in computer science in 2001 from Delft University of Technology, the Netherlands. Until 2005, she was an Assistant/ Associate Professor at Delft University of Technology. In 2006, she joined the Imperial College London, Department of Computing, UK, where she is Professor of Affective & Behavioural Computing and the Head of the iBUG group, working on machine analysis of human non-verbal behaviour.  From April 2018 till April 2020, she was the Research Director of Samsung AI Research Centre in Cambridge. In May 2020 she joined Facebook as the ArtificiaI Intelligence Scientific Research Lead. Prof. Pantic received various awards for her work including BCS Roger Needham Award, awarded annually to a UK based researcher for a distinguished research contribution in computer science. She is a Fellow of the UK’s Royal Academy of Engineering, an IEEE Fellow and an IAPR Fellow. 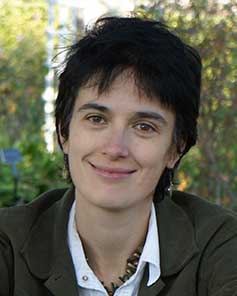 Professor van der Schaar is John Humphrey Plummer Professor of Machine Learning, Artificial Intelligence and Medicine at the University of Cambridge and a Turing Faculty Fellow at The Alan Turing Institute in London, where she leads the effort on data science and machine learning for personalized medicine. She is also a Chancellor’s Professor at UCLA. She was elected IEEE Fellow in 2009. She has received numerous awards, including the Oon Prize on Preventative Medicine from the University of Cambridge (2018), an NSF Career Award (2004), 3 IBM Faculty Awards, the IBM Exploratory Stream Analytics Innovation Award, the Philips Make a Difference Award and several best paper awards, including the IEEE Darlington Award. She holds 35 granted USA patents.  In 2019, she was identified by National Endowment for Science, Technology and the Arts as the female researcher based in the UK with the most publications in the field of AI. She was also elected as a 2019 “Star in Computer Networking and Communications”. Her research expertise spans signal and image processing, communication networks, network science, multimedia, game theory, distributed systems and machine learning. Her current research focus is on machine learning, Artificial Intelligence and operations research for healthcare and medicine.  For more details, see her website: http://www.vanderschaar-lab.com/

Fabrizio Sebastiani is a Director of Research at the Institute for the Science and Technologies of Information of the Italian National Council of Research (ISTI-CNR), where he leads the Human Language Technologies group; formerly he was an Associate Professor at the Department of Pure and Applied Mathematics of the University of Padova, Italy (2005/06), and a Principal Scientist at the Qatar Computing Research Institute (2014/16). He is a Senior Associate Editor for ACM Transactions on Information Systems (ACM Press), an Associate Editor for the ACM Journal on Computing and Cultural Heritage (ACM Press), Online Social Networks and Media (Elsevier), and PeerJ Computer Science, and a member of the Editorial Board of Foundations and Trends in Information Retrieval (Now Publishers). Of the latter journal, he is a Founding Editor and former co-Editor-in-Chief. He has been an Associate Editor and/or a member of the Editorial Boards of IEEE Transactions on Affective Computing (IEEE Press), Information Retrieval Journal (Springer), AI Communications (IOS Press), Information Processing and Management (Elsevier), Journal of the American Society for Information Science and Technology (Wiley), and ACM Computing Reviews (ACM Press). He is the Editor for EMEA of Springer’s “Information Retrieval” book series. He has been, among others, a General Chairman of ECIR 2003, SPIRE 2011, ACM SIGIR 2016, and CLEF 2022, a Program Chairman of ACM SIGIR 2008, ECDL 2010, and ACM AFIRM 2020. He is a General Chairman of the upcoming ECIR 2021 and CLEF 2022 conferences. From 2003 to 2007 he has been the Vice-Chairman of ACM SIGIR.
A fairly complete list of his publications is available here: https://goo.gl/nfxkFd 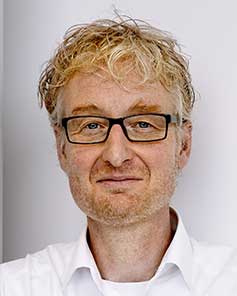 Prof. Dr. Max Welling is a research chair in Machine Learning at the University of Amsterdam and a VP Technologies at Qualcomm. He has a secondary appointment as a senior fellow at the Canadian Institute for Advanced Research (CIFAR). He is co-founder of “Scyfer BV” a university spin-off in deep learning which got acquired by Qualcomm in summer 2017. In the past he held postdoctoral positions at Caltech (’98-’00), UCL (’00-’01) and the U. Toronto (’01-’03). He received his PhD in ’98 under supervision of Nobel laureate Prof. G. ‘t Hooft. Max Welling has served as associate editor in chief of IEEE TPAMI from 2011-2015 (impact factor 4.8). He serves on the board of the NIPS foundation since 2015 (the largest conference in machine learning) and has been program chair and general chair of NIPS in 2013 and 2014 respectively. He was also program chair of AISTATS in 2009 and ECCV in 2016 and general chair of MIDL 2018. He has served on the editorial boards of JMLR and JML and was an associate editor for Neurocomputing, JCGS and TPAMI. He received multiple grants from Google, Facebook, Yahoo, NSF, NIH, NWO and ONR-MURI among which an NSF career grant in 2005. He is recipient of the ECCV Koenderink Prize in 2010. Welling is co-founder of the Innovation Center for AI (ICAI) and the European Lab for Learning and Intelligent Systems (ELLIS).  He directs the Amsterdam Machine Learning Lab (AMLAB), and co-directs the Qualcomm-UvA deep learning lab (QUVA) and the Bosch-UvA Deep Learning lab (DELTA). He has over 300 scientific publications in machine learning, computer vision, statistics and physics and an h-index of 67.