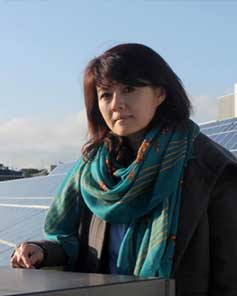 Professor Rose Amal is a UNSW Scientia Professor and an ARC Laureate Fellow (2014-2019). She is the leader of the Particles and Catalysis Research Group in the School of Chemical Engineering, UNSW, Sydney. Professor Rose Amal has received numerous prestigious awards including: being listed in the Australia’s Top 100 Most Influential Engineers (2012-2015), She has received the nation’s top civilian honour – the Companion of the Order of Australia – as part of the 2018 Queen’s Birthday Honours for her eminent service to chemical engineering, particularly in the field of particle technology, through seminal contributions to photocatalysis, to education as a researcher and academic, and to women in science as a role model and mentor. She is a Fellow of Australian Academy of Technological Sciences and Engineering (FTSE), a Fellow of Australian Academy of Science (FAA), Fellow of IChemE, and Honorary Fellow of Engineers Australia. Recently she was awarded the 2019 NSW Scientist of the Year. Her current research focuses on designing nanomaterials for solar and chemical energy conversion applications (including photocatalysis for water and air purification, water splitting, low temperature catalytic reactions) and engineering systems for solar induced processes, using the sun’s energy as a clean fuel source. 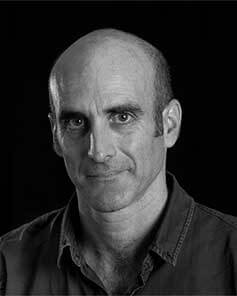 the Catalan Institute of Nanosciences and Nanotechnology (ICN2), Spain

I graduated in Physics at the Universitat de Barcelona (1997) and got his PhD, also in Physics, at the Queens University of Belfast (2001), followed by research posts at IMEDEA (CSIC, Spain), the University of Groningen (Netherlands) and the Universty of Cambridge. Since 2009 I am an ICREA Research Professor and leader of the Oxide Nanophysics Group at ICN2, the Catalan Institute of Nanosciences and Nanotechnology.
My research concerns how small size affects the properties and phase transitions of matrials, and in particular (though not only) funcional oxides. These include ferroelectric, antiferroelectric and multiferroic thin films as well as “Mott materials” with metal-insulator transitions. Recently, however, I am venturing into other material famílies, ranging from photoelectric semiconductors to biomaterials. I am perhaps best known for my work on flexoelectricity (bending-induced polarization, a universal and very important property of materials at the nanoscale) as well as domain wall physics. I have written very highly cited invited reviews on both these topics, with recent research highlights including the discovery of flexoelectricity in bones, or the discovery of the photoflexoelectric effect of semiconductors, and the discovery of above-bandgap photovoltages in antiferroelectrics.

Speech Title: What is flexoelectricity, and why is it so important at the nanoscale 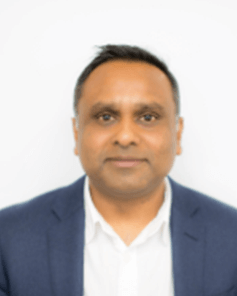 Manish Chhowalla is the Goldsmiths’ Professor of Materials Science at the University of Cambridge. His research interests are in the fundamental studies of atomically thin two-dimensional transition metal dichalcogenides (TMDs). In particular, his group studies the optical and electronic properties of different phases of 2D TMDs. He has demonstrated that it is possible to induce phase transformations in atomically thin materials and utilize phases with disparate properties for field effect transistors, catalysis, and energy storage. Prof Chhowalla is a Fellow of the American Association for the Advancement of Science, Materials Research Society, Institute of Physics and the Royal Society of Chemistry. He was the founding Editor in Chief of Applied Materials Today and is now the Associate Editor of ACS Nano. He has been on the Clarivate Highly Cited Researchers since 2016. 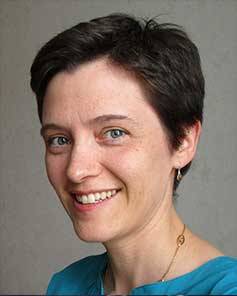 Céline Chizallet (born 1980) graduated from Ecole Normale Supérieure (Paris, MSc in 2002, “Agrégation de Chimie” in 2003). She obtained a PhD in Inorganic Chemistry in 2006 (Paris VI University). She also obtained an HDR (Habilitation à Diriger des Recherches) from Ecole Normale Supérieure de Lyon in 2017. She currently holds a Project leader position in the Catalysis, Biocatalysis and Separation Division of IFP Energies nouvelles in Solaize, France. Her mission is the implementation of quantum chemistry approaches within applied experimental research programs, at the interface between academia and industry. Her research interest deals with computational heterogeneous catalysis, with the simulation of complex catalysts of industrial relevance, in particular reactions catalyzed by aluminosilicates and supported metals. 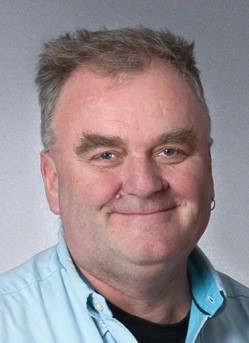 HELMUT CÖLFEN studied chemistry at Gerhard Mercator University Duisburg and got his PhD in Physical Chemistry on “Analytical Ultracentrifugation of Gels” at the same university. From 1993 to 1995, he worked as a Postdoctoral Research Fellow at the National Center for Macromolecular Hydrodynamics, University of Nottingham, UK. After that, he started his career as a scientist in the Colloid Chemistry Department of the Max-Planck-Institute of Colloids and Interfaces in Potsdam. In 2010, he was appointed as a full professor and Chair of Physical Chemistry, University of Konstanz.
His research interests are in the area of nucleation, classical and non-classical crystallization, Biomineralization, synthesis of functional polymers, directed self-assembly of nanoparticles and fractionating methods of polymer and nanoparticle analysis. His group has made contributions to high resolution particle size analysis with Angström resolution in solution, Mesocrystals, Nonclassical Nucleation and Crystallization, CaCO3 crystallization, bio-inspired mineralization, synthesis of double hydrophilic block copolymers and additive controlled crystallization.
He is speaker of the DFG collaborative research center 1214 (Anisotropic Particles) since 2016 and serves as an editor-in-chief for Crystals (2015-) and co-editor for Current Nanoscience (2012-). He has published more than 400 papers and was listed among the Top 100 Chemists worldwide from 2000-2010 by Thomson Reuters/ISI Web of Knowledge and Times Higher Education Index. Moreover, he has won several prestigious awards including the ECIS-Solvay Award of the European Colloid and Interface Society (2014) and the Academy Award of the Berlin-Brandenburg Academy of Sciences and Humanities (2013). 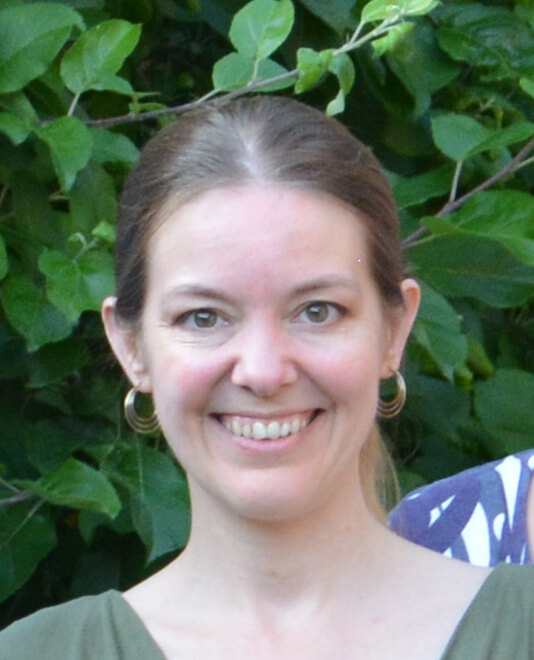 Kimberly Dick Thelander completed a bachelor degree in Chemical Physics from the University of Waterloo, Canada in 2003, and PhD in Solid State Physics from Lund University, Sweden in 2007. Since 2015 she is a Professor in Materials Science, presently working at the Centre for Analysis and Synthesis, Department of Chemistry, Lund University. She is leader of the Inorganic Nanomaterials group, which is focused on understanding crystal growth on an atomic scale, and how control of this process can be used to design new materials not existing in nature. In particular their research uses in-situ transmission electron microscopy combined with modeling to understand nanostructure growth processes in real time. At present the focus is on synthesis of III-V semiconductors in the form of nanowires as a means to control their material properties. 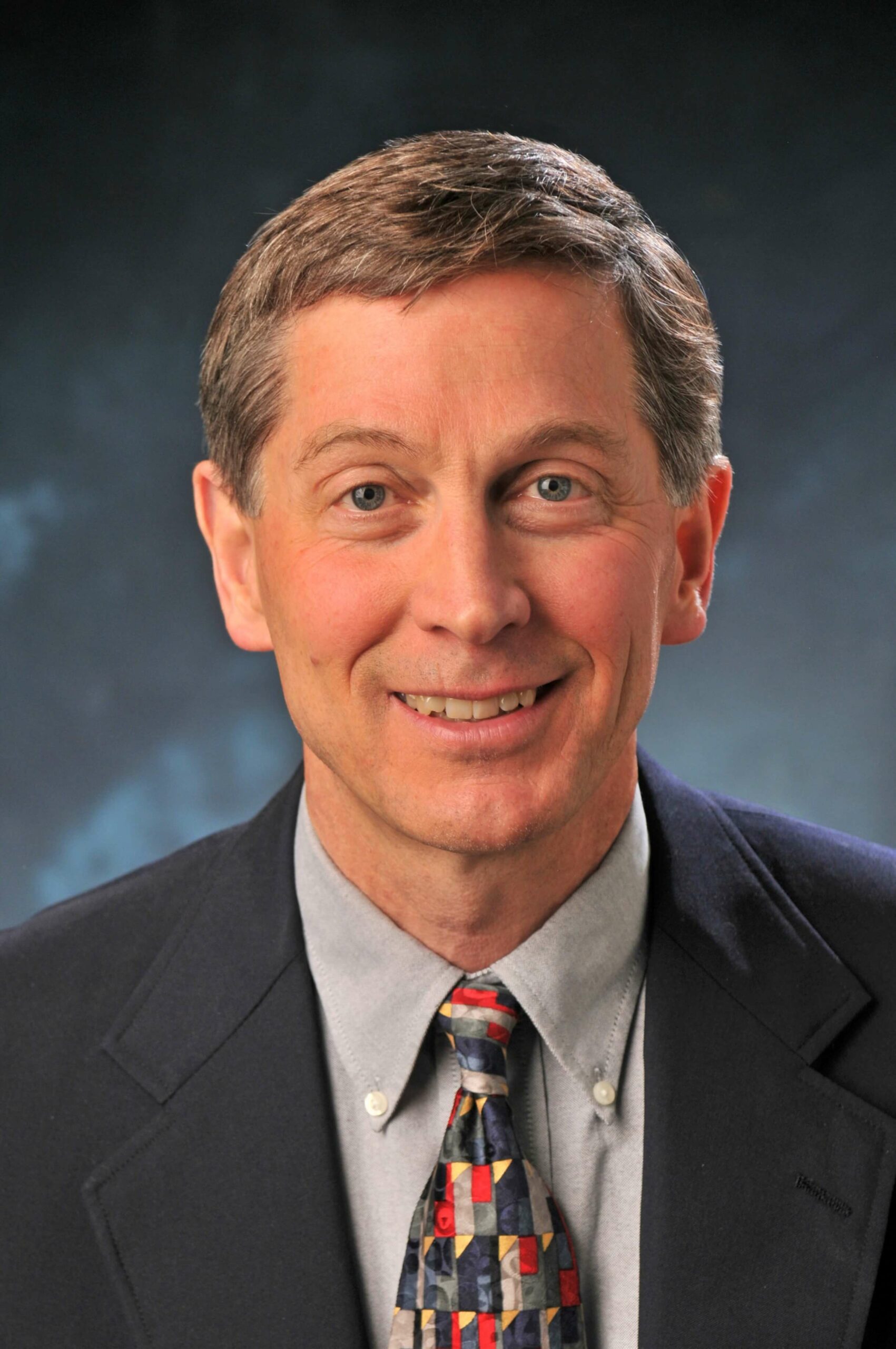 Prof. Steven George is a Professor in the Department of Chemistry at the University of Colorado at Boulder.  He received his B.S. in Chemistry from Yale University and his Ph.D. in Chemistry from the University of California at Berkeley.  Dr. George is directing a research effort focusing on atomic layer deposition (ALD), atomic layer etching (ALE), and molecular layer deposition (MLD).  This research is examining new surface chemistry, measuring thin film growth and etching rates, and developing new applications and reactors for ALD, ALE and MLD.  Dr. George has received a number of awards including the John A. Thornton Memorial Award from the AVS (2017) and the ALD Innovation Award from the AVS International Conference on Atomic Layer Deposition (2013).  Dr. George is a Fellow of the AVS (2000) and the APS (1997).  He has been very active in the AVS and served as AVS President (2014).  Dr. George chaired the first AVS International Conference on Atomic Layer Deposition (2001).  He also co-chaired the 4th International Atomic Layer Etching Workshop (2017).  Dr. George is also a co-founder of ALD NanoSolutions, Inc., a company that has worked to commercialize ALD technology.  ALD NanoSolutions merged with Forge Nano in February 2020. 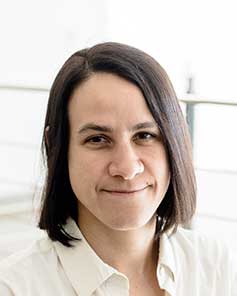 Delia J. Milliron is the T. Brockett Hudson Professor of Chemical Engineering at the University of Texas at Austin. She also serves as an Associate Editor for the journal Nano Letters. Dr.  Milliron received her PhD in Chemistry from the University of California, Berkeley, in 2004.  From 2004 to 2008 she worked for IBM’s research division, initially as a postdoctoral researcher and subsequently as a member of the research staff. In 2008, she joined the research staff at the  Molecular Foundry, Lawrence Berkeley National Lab, where she served as the Director of the  Inorganic Nanostructures Facility and later as the Deputy Director. Dr. Milliron’s research involves nanocrystal-based materials in which abundant interfacial area and confined volume produce drastically different properties than those of homogeneous bulk materials. Such properties represent a growing opportunity to design materials to meet simultaneous, sometimes disparate performance requirements for applications including electronics and clean energy. Dr.  Milliron’s awards include a Sloan Research Fellowship, a DOE Early Career award, a Resonate  Award from Caltech’s Resnick Institute, the Norman Hackerman Award from the Welch  Foundation, the Edith and Peter O’Donnell Award in Engineering from The Academy of  Medicine, Engineering & Science of Texas, and the Inorganic Nanoscience Award from the  American Chemical Society. 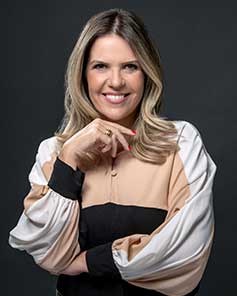 Prof. Ana Flavia Nogueira obtained her bachelor’s degree in Chemistry from the University of São Paulo (1996) and Master (1998) and PhD degrees in Chemistry from the University of Campinas (2001). She worked as a post-doctorate fellow at the Imperial College, UK, in 2001-2002 and as visiting researcher at Stanford University in 2017-2018. At the moment, Ana Flavia is Professor in the Chemistry Institute at UNICAMP and director of the Center for Innovation on New Energies (CINE). Prof. Nogueira’s research focuses on the development of functional (nano)materials and their application in solar energy conversion. She has experience in the field of perovskite solar cells, perovskite quantum materials and dense energy carriers (generation of solar fuels through photoelectrocatalytic systems using water, CO 2  and other low-added values substrates). She has published more than 145 papers, seven book chapters, one book and 3 patents. The Laboratório de Nanotecnologia e Energia Solar (LNES) founded in 2005 has leadership in dye sensitized, organic solar cells and perovskite solar research in Brazil and Latin America. 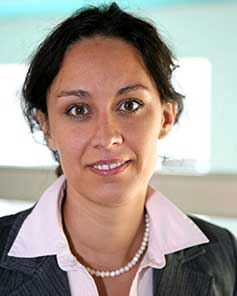 Prof. Aleksandra Radenovic is an associate professor at EPFL, School of Engineering (STI), in the Institute of Bioenginnering where she started leading the Laboratory of Nanoscale Biology (LBEN) in 2008. Her lab works in the research field that can be termed single molecule biophysics. . She received her Ph.D. in Biophysics from University of Lausanne (Switzerland.) in 2003 and a Msc. in Physics from University of Zagreb (Croatia) in 2000. She has received an European Research Council (ERC) Starting Grant in 2010, and SNF Backup scheme Consolidator Grant (2015). She is also recipient of CCMX materials challenge award in 2015. She develops techniques and methodologies based on optical imaging, bio-sensing and single-molecule manipulation with the aim to monitor the behavior of individual biological molecules and complexes in vitro and in live cells.

Quentin is the Director of the SuperSTEM Laboratory, the EPSRC
UK National Research Facility for Advanced Electron Microscopy, and holds a joint Chair in Electron Microscopy at the Schools of Chemical and Process Engineering & Physics and Astronomy, University of Leeds, U.K.
After a MEng in France and a MMaths at the University of Cambridge, he obtained his Ph.D. in Physics from the University of Cambridge working on optical aberration measurements methodologies for aberration-corrected STEM. Before taking up his post at SuperSTEM he held a Staff Scientist position at the National Center for Electron Microscopy (NCEM) in Berkeley, a U.S. Department of Energy-funded user facility where he took part in the TEAM project. Quentin Ramasse has published extensively in the field of STEM-EELS, with a dual focus on STEM technique development and applications to a wide range of materials, from 2-dimensional materials such as graphene and MoS2 nano-catalysts to complex oxides and semi-conductors.