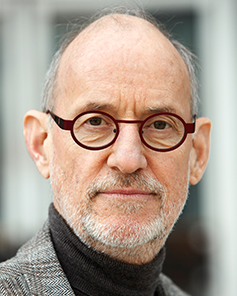 ANNIC 2019 conference will gather high-profile Nanotechnology and Nanoscience experts to deliver plenary speeches, more members will be listed soon below. 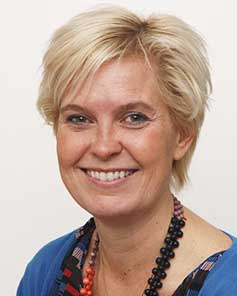 The research of Sara Bals focuses on electron tomography for reconstructing 3D morphologies of nanostructures, even with atomic resolution. She is currently a Full Professor at the Department of Physics, University of Antwerp and she received her Ph.D. degree (2003) from the same University. She did post-doctoral work at the National Centre for Electron Microscopy at the Lawrence Berkeley National Laboratory in California (USA). Sara Bals is an expert in the field of electron microscopy and electron tomography applied to functional nanomaterials. She is the author of more than 300 ISI contributions, including Nature or Science type contributions. Her work has been cited more than 7400 times and she has an h-index of 45. Over the last 15 years, she gave more than 40 invited presentations at international conferences and workshops.

She is the organizer of the bi-annual EMAT Workshop on Electron Microscopy, was the co-organizer of an EMRS Fall Meeting symposium and has chaired several sessions at international microscopy conferences. In 2013, she received an ERC Starting Grant concerning 3D characterization of nanostructures by electron tomography (Colouratom). In 2015, she reached the finals of the New Scientist Talent of the Year Election. In 2016, she became “Laureate of the Academy for Natural Sciences” awarded by the Royal Flemish Academy of Science. She is currently a Francqui Research Professor and her ERC Consolidator Grant (Realnano) started in May 2019. 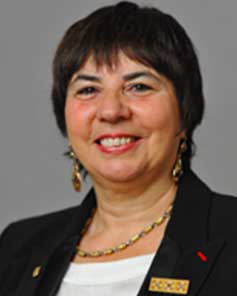 Luisa De Cola is since September 2013 Professor Exceptionnelle at the University of Strasbourg (ISIS) as chair of Supramolecular and Bio-Material Chemistry, and part-time scientist at the INT-KIT, Karlsruhe, Germany. Since 2016, she is also Professor at the Institut Universitaire de France (IUF).

She is recipient of several awards, the most recent being the IUPAC award as one of the Distinguished Women in Chemistry and Chemical Engineering (2011), the International Prize for Chemistry “L. Tartufari” from Accademia dei Lincei (2015) and the Catalan -Sabatier prize from the Spanish Royal Academy of Science (2015). She was elected in 2014 member of the German National Academy of Sciences Leopoldina and in the same year has been Nominated “Chevalier de la Légion d’ Honneur” by the President of the French Republic, François Hollande. In 2016, she was elected member of the Akademie der Wissenschaften un der Literatur of Mainz.

Her main interests are luminescent and electroluminescent complexes and their assemblies and nano-, porous and degradable structures for bio-applications. She has published 330 articles in international peer-reviewed journals and filed 36 patents. 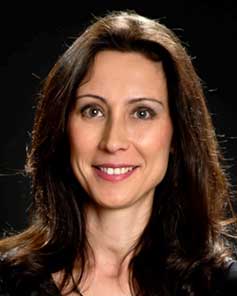 Prof. Anna Fontcuberta i Morral leads the Laboratory of Semiconductor Materials at EPFL (Switzerland) since 2008. Before this, she performed her habilitation in Physics at the TU Munich (Germany) and her Ph.D. in Materials Science at Ecole Polytechnique (France). Between her Ph.D. and Habilitation, she spent some time at Caltech as a postdoc and to co-start the company Aonex Technologies with Prof. Harry Atwater. Her field of expertise is the synthesis of novel semiconductor materials and nanostructures, with an emphasis in compound semiconductors for the next generation of solar cells and quantum computers. 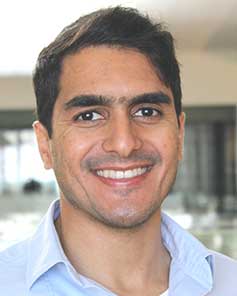 Osman M. Bakr is a Professor of Materials Science and Engineering, and head of the Functional Nanomaterials Laboratory, at KAUST, Saudi Arabia; and Associate Editor at ACS Materials Letters (American Chemical Society). He earned a B.Sc. in Materials Science and Engineering from MIT (2003) as well as an M.S. and a Ph.D. in Applied Physics from Harvard University (2009). His research group at KAUST works on the design and self-assembly of hybrid and inorganic materials to generate breakthrough applications in solar energy harvesting, photonics, and optoelectronic devices. His group has been at the forefront of the synthesis, property elucidation, and applications of two major classes of materials: metal halide perovskites (both nanoscale and bulk) and atomically precise metal nanoclusters. Bakr published over 160 articles in international peer-reviewed journals (including 30 Thomson Reuters™ Highly Cited Papers), 154 of which as an independent faculty member. His group’s research appeared in premiere interdisciplinary publications such as Science, Nature Communications, Journal of the American Chemical Society, Nano Letters, ACS Energy Letters, Angewandte Chemie, Advanced Materials, and Chemistry of Materials.

Bakr was selected as a Young Scientist by the World Economic Forum (2016); as an Emerging Investigator by the Journal of Materials Chemistry A (2016); and as a member of the Editorial Advisory Boards of ACS Energy Letters (2016) and Chemistry of Materials (2017). He was awarded the SABIC Endowed Presidential Career Development Chair (2013); the Zasshi-kai Lectureship Award by the University of Tokyo (2016); the Innovator Under 35 Award in the Arab World by the MIT Technology Review- Arab Edition (2016); and The King’s Award for Inventors and the Gifted (2018). In 2018, he was ranked by the Times Higher Education as among the top 10 university researchers worldwide in the area of “perovskite solar cells”. 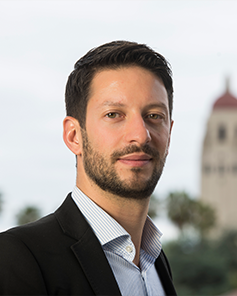 Matteo Cargnello received his Ph.D. in Nanotechnology in 2012 at the University of Trieste (Italy) under the supervision of Prof. Paolo Fornasiero, and he was then a post-doctoral scholar in the Chemistry Department at the University of Pennsylvania (Philadelphia) with Prof. Christopher B. Murray before joining the Faculty at Stanford in January 2015. He is currently Assistant Professor of Chemical Engineering and, by courtesy, of Materials Science and Engineering and Terman Faculty Fellow at Stanford University, Stanford, CA. Dr. Cargnello is the recipient of several awards including the ENI Award Debut in Research 2013, the European Federation of Catalysis Societies Award as best European Ph.D. thesis in catalysis in 2013, the Young Scientist Prize at the 16th International Congress on Catalysis in 2016, the Junior award from the European Rare Earth and Actinide Society in 2018, the Sloan Fellowship in 2018, and the ANNIC Mid-Career Nanotechnology Scientific Award in 2019. General goals of the research in the Cargnello group pertain to solving energy and environmental challenges. In the Cargnello group, uniform and tailored nanocrystals and nanostructures are synthesized, studied and used for energy and environmental applications through catalytic processes, with emphasis on how to precisely control nanoarchitectures to understand and exploit interactions between well-defined building blocks.