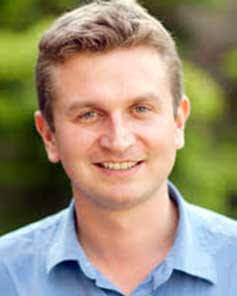 Ian studied at the University of Oxford as an undergraduate in the Department of Plant Sciences. In 2000 he was awarded a Gatsby Charitable Foundation Ph.D Studentship to work with Prof. Caroline Dean at the John Innes Centre, UK, where he studied the role of alternative polyadenylation in control of flowering-time. Prof. Dean’s research into epigenetic control of vernalization inspired Ian to take up postdoctoral research with Prof. Steve Jacobsen at the University of California, Los Angeles in 2004. At UCLA Ian investigated mechanisms of RNA-directed DNA methylation and its role in control of gene expression, supported by EMBO and Leukemia & Lymphoma Society Fellowships.

In 2008 Ian returned to the UK as a Royal Society University Research Fellow and Gatsby Resident Fellow in the Department of Plant Sciences at the University of Cambridge. Since 2020 Ian is Professor of Genetics and Epigenetics in the Department of Plant Sciences, where he teaches plant genetics and its application to food security. He is the recipient of the 2013 Society for Experimental Biology President’s Medal.

Ian’s group is investigating the control of meiotic recombination frequency in plant genomes by genetic and epigenetic factors. He is seeking to translate this knowledge into farmed species, in order to accelerate breeding as we adapt our crops to the changing climate.

Speech Title: The genetic and epigenetic landscape of the Arabidopsis centromeres 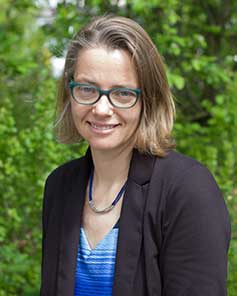 Kirsten was born in Germany, but grew up in Colorado, USA. She obtained a bachelors in Biochemistry at the University of Pennsylvania in Philadelphia in 1996. After that she worked for three years as a lab manager for Detlef Weigel at the Salk institute in San Diego, California. She obtained her PhD in 2004, from the University of Wisconsin in Madison, where she studied maize domestication with John Doebley. She did a postdoc at the Max Planck Institute for Developmental Biology with Detlef Weigel in Tuebingen, Germany, from 2004 to 2009, before starting in 2009 an assistant and then associate professor position at Harvard University in Cambridge, MA, USA. Kirsten is now a full Professor in plant evolutionary genetics at ETH Zürich, Switzerland, since early 2019, where she works on polyploid plants, and other questions in plant evolutionary genetics.

Speech Title: How to tango with four: Meiotic adaptation to whole genome duplication 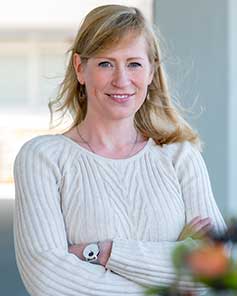 Melina Schuh is a Director at the Max-Planck-Institute for Biophysical Chemistry in Göttingen, Germany, where she leads the Department of Meiosis. She graduated in Biochemistry from the University of Bayreuth in 2004, working on centromeres in Drosophila embryos with Stefan Heidmann and Christian F. Lehner. In 2008, she obtained her Ph.D. from the University of Heidelberg and the European Molecular Biology Laboratory (EMBL), where she established methods for high-resolution microscopy of live mouse oocytes in the group of Jan Ellenberg. In 2009, she became a Group Leader at the MRC Laboratory of Molecular Biology (LMB). At the LMB, her group carried out the first studies of meiosis in live human oocytes and developed strategies for high content screens for meiotic genes in mammals. In 2016, she was appointed to her current position at the Max-Planck-Institute for Biophysical Chemistry. Her laboratory studies how errors arise during the meiotic divisions of mammalian eggs, and what causes the age-related decline in female fertility. Her lab also developed a new method for the acute degradation of endogenous proteins, called Trim-Away. Recent work from her lab established essential functions for actin in acentrosomal spindle assembly and led to the discovery of the LISD, a liquid-like spindle domain, in mammalian oocytes. Melina Schuh is a member of the Leopoldina (German National Academy of Sciences), an EMBO member, and a recipient of the Leibniz Prize, the EMBO Gold Medal, the Colworth Medal, an ERC Starting Grant, a Biochemical Society Early Career Award, the European Young Investigator Award, the Lister Research Prize, the John Kendrew Young Scientist Award, and the Binder Innovation Prize.