Welcome to the Networking and Break Area!

You will have access to Beer & Juice Rooms at each Networking and Break session, you get the opportunity to network at your convenience with other participants.

We recommend you to use the conference networking app to arrange meetings with other participants. You just need to find the right time and the right room to meet with your colleagues.

These rooms will be opened only during Break Sessions. If you have already visited this webpage in the past, we highly recommend refreshing the page in order to get the latest updates.

You have just watched a speech in one of the oral presentation rooms and you haven’t had the chance to ask questions? These networking sessions will make it possible to connect and talk with the speaker who has just made this speech.

Network with others participants !

Depending on the day of the conference, you will either be able to have a drink with your colleagues, play games (riddles, pictionnary…) or offer/apply for a PhD position. 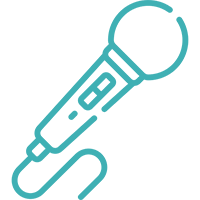 In this area, you have the opportunity to communicate with the speakers of the previous oral session. Speakers are ranked in the same order as the oral session. Check the program for more details ! 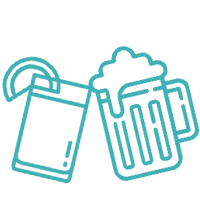 Beer & Juice Rooms: available at each Networking and Break Session

Welcome to our Free rooms! In these rooms, you will get the chance to talk with other participants.

The aim of this networking area is to interact in small groups. If you notice that the room is already too crowded, we kindly invite you to move towards another room. 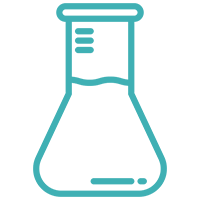 Are you looking for a new position or are you interested in meeting candidates for a position that your lab is offering?

The following rooms are dedicated to ease the matching between the labs and the candidates. Please note that a document gathering some resumes and offers is available in your welcome bag. 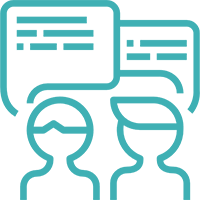 Round table discussion on «Gender Diversity in Science»: available on Wednesday 16th

Join the round table discussion regarding gender diversity in science.
Despite the fact that there is significant progress in reaching gender balance and increasing women representatives in many aspects of STEM, we are still at the beginning of a long way. We hardly can change all the world, but at least we can use the opportunity and platform of the international conference to raise this topic publicly and talk about the invaluable contribution women bring to the community, praise their success, and motivate young girls to pursue careers in STEM.
We truly believe that this discussion will be useful and important to the majority of the participants and even wider.
SPEAKERS:
Dr. Ann-Katrin U. Michel,
a lecturer and postdoctoral researcher, ETH Zurich, Switzerland
Daria Kozlova,
the first vice-rector of ITMO University, Russia
‘’Beyond gender equality: ITMO’s progress drivers’’
Dr. Sylvie Lebrun,
an associate professor, Institut d’Optique Graduate School, France
‘’Short testimony of a French woman researcher in a men’s world’’
Dr. Viktoria Rutskaya,
a postdoctoral researcher, Martin Luther University of Halle-Wittenberg, Germany
Dr. Alexandra Kalashnikova,
head of Ferroics Physics Laboratory, Ioffe Institute of RAS, Russia
‘’Let’s start from a simple handshake…’’
Dr. Ekaterina Berseneva,
a research fellow of the University of Exeter (UK), co-founder of STEMM Global Community
Facilitator:
Ekaterina Berseneva

Department of Physics and Engineering