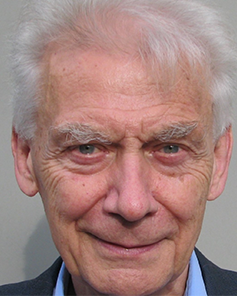 Second profession: Full professor of chemistry in 1971 in Frankfurt/Main

Since 1980 Full Professor in Göttingen 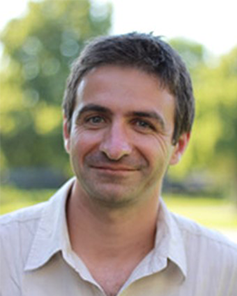 Didier Bourissou obtained his PhD from Toulouse University with G. Bertrand. Appointed as a Chargé de Recherche CNRS in 1998, he was promoted Directeur de Recherche in 2006. From 2006 to 2018, he has been Associate Professor at the Ecole Polytechnique. He has been Director of the Laboratoire Hétérochimie Fondamentale et Appliquée (LHFA) from 2011 to 2020.

Most recently, he was awarded the Silver (2016) Medal of the CNRS, the Organic Division Award (2018) from the French Chemical Society, and the Fondation Del Duca grant (2020) from the French Academy of Sciences. He has been elected member of the Academia Europaea in 2021.

His research focuses on new bonding situations and reactivity patterns arising from the main group elements, the transition metals and their interplay. He has initiated the development of ambiphilic ligands in the mid 2000’s and moved forward the concept of s-acceptor ligands. 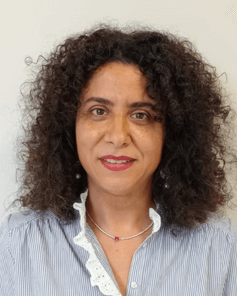 Institute for the Chemistry of Organometallic Compounds, Italy

Maria Caporali received her Diploma in 1998 and her Doctoral degree in Chemistry in 2003 from the University of Florence. After a post-doctoral stay at the Technical University of Eindhoven (NL) working on homogeneous catalysis, she moved back to Italy and joined the Institute for the Chemistry of Organometallic Compounds (CNR ICCOM) in Florence, working on white phosphorus activation mediated by late transition metals. Her current research focuses on low-dimensional nanomaterials, as nanostructured metal phosphides and 2D black phosphorene pointing to its application in catalysis, photochemistry and in the biomedical field. 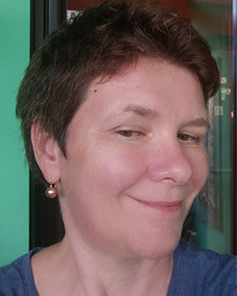 Prof. Simonetta Geninatti Crich received her degree in Chemistry in 1993 from the University of Torino (Italy) and her Ph.D in Biochemical Sciences in 1997 at the same University with prof. S. Aime. Then she took a research technician position at the Research Technician at the Interuniversity Consortium of Research in Metal Chemistry in Biological Systems (Bari) and then at the Chemistry Department of the University of Torino. From 2016, she is Associate Professor of General and Inorganic Chemistry at the Molecular Biotechnology and Health Sciences department. She is co-author of 117 original scientific papers in peer reviewed journals (H-index 40), 5 patents.  She is member of ISNCT (International Congress on Neutron Capture Therapy) Executive Board and of the GIDRM (Italian Magnetic Resonance Discussion Group) Executive Board. She is the local coordinator of two H2020 Fetopen projects: NECTAR (N. 964934) and PRIMOGAIA (N. 863099). She was principal investigator in the UE HORISON 2020 ATTRACT project in 2019-2020. Her current research is focused on the development and preparation of nanosized theranostic agents for the selective delivery of carborane and MRI agents for Boron Neutron Capture treatments of cancer and Alzheimer disease. 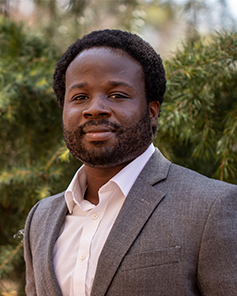 Prof. Gilliard is a native of Hartsville, South Carolina, United States. He obtained his bachelor’s degree in chemistry at Clemson University where he was an undergraduate researcher in the laboratory of Prof. Rhett C. Smith. He earned his doctorate in chemistry at The University of Georgia with Prof. Gregory H. Robinson. Gilliard was a Merck Postdoctoral Fellow and a Ford Foundation Postdoctoral Fellow where he completed his studies working jointly at the Swiss Federal Institute of Technology (ETH Zürich) with Prof. Hansjörg Grützmacher and at Case Western Reserve University with Prof. John Protasiewicz. Gilliard joined the faculty at the University of Virginia in 2017 where he is now an Associate Professor of Chemistry. He has received numerous awards and honors. Recent national and international awards include: 2020 Chemical and Engineering News Talented 12 Scholar, 2021 Negative Emissions Science Scialog Collaborative Innovation Award, 2021 National Science Foundation CAREER Award, 2021 Alfred P. Sloan Research Fellow, 2021 Organometallics Distinguished Author Award, 2021 Beckman Young Investigator Award, 2021 Packard Fellowship for Science and Engineering, and the 2022 Lloyd N. Ferguson Award for Excellence in Research. He also serves on the editorial advisory board for Chemical Communications, Chem Catalysis, Inorganic Chemistry, and Angewandte Chemie. Prof. Gilliard’s research interests lie in the synthesis of main-group element compounds with unusual structure and bonding and the development of new functional materials. 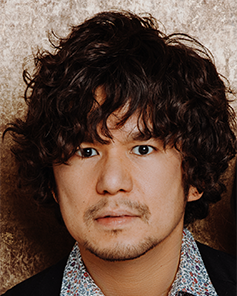 Shigeyoshi Inoue studied for his PhD degree at the University of Tsukuba with Prof. Akira Sekiguchi. Following postdoctoral study at the TU Berlin with Prof. Matthias Drieß, he established an independent research group within the framework of the Sofja Kovalevskaja program at the TU Berlin in 2010. Since 2015 he has been on the faculty at the Technical University of Munich.

His current research interests focus on the synthesis and reactivity study of compounds containing low-valent/oxidation state main group elements with unusual structures and unique electronic properties, with the goal of finding novel applications in synthesis and catalysis. A particular emphasis is placed on low-valent silicon and aluminium compounds. 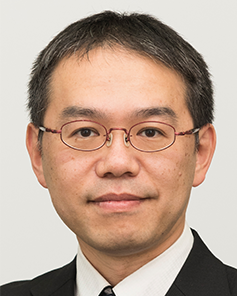 Takeaki Iwamoto was born in 1970 in Tokyo, Japan. He received M. Science degree in 1995 from Tohoku University (mentor: Professor Hideki Sakurai) and his Ph. D. degree in 1998 from the same University (mentor: Professor Mitsuo Kira). After Iwamoto was appointed a Research Associate (1998-2004) and Associate Professor (2004-2009) at Tohoku University. In 2009, he was promoted to Full Professor at Department of Chemistry, Graduate School of Science, Tohoku University. In 2017, he was appointed Director of Research and Analytical Center for Giant Molecules, Graduate School of Science, Tohoku University. His research interests have covered on isolable low-coordinate compounds of main group elements such as silicon and phosphorus as well as silicon-based π-electron systems.

He received the Inoue Research Award for Young Scientists (1999), the Award for Encouragement of Research, The Society of Silicon Chemistry, Japan (2002), the Chemical Society of Japan Award for Young Chemists (2003), The Commendation for Science and Technology by the Minister of Education, Culture, Sports, Science and Technology, The Young Scientists’ Prize (2009), Nozoe Memorial Award (2010), the Chemical Society of Japan Award for Creative Work (2021), and Nagase Foundation Award (2022). 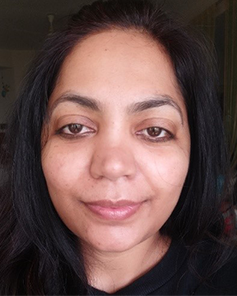 Shabana Khan completed her Ph.D. at the Indian Institute of Technology, Delhi, in 2008 with Prof. Jai Deo Singh, followed by postdoctoral work at the University of Göttingen with Deutscher Akademischer Austausch Dienst (DAAD) fellowship in the group of Prof. H. W. Roesky. Followed by this, she did her second postdoc with Dr. Manuel Alcarazo at the Max Planck Institute for Coal Research. She was appointed as an assistant professor at the Indian Institute of Science Education and Research, Pune, India (IISER Pune) in 2013 and is currently working as an associate professor. Her research interest includes the synthesis and application of compounds with low-valent main group elements, especially silicon, germanium, and tin. She was awarded the “POWER fellowship” from the Science & Engineering Research Board of India and “Alexander von Humboldt Fellowship” for the experienced researcher. She served as an editorial advisory board member of Organometallics. She is presently associated with the European Journal of Inorganic Chemistry (EJIC) and Chemistry- An Asian Journal as an international advisory board member. 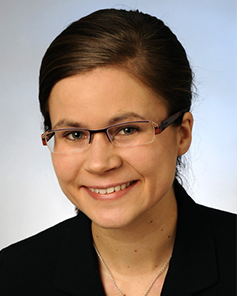 Felicitas Lips earned her diploma degree in chemistry in 2007 and her Dr. rer. nat. in 2011 from Philipps-Universität Marburg for research performed with Prof. Dehnen. She was awarded with a Feodor Lynen scholarship from the Alexander von Humboldt foundation for postdoctoral research with Prof. Power at University of California Davis (USA). She returned to Germany with a Feodor Lynen return fellowship at Westfälische Wilhelms-Universität Münster at the end of 2014 under the mentorship of Prof. Uhl. Shortly after in 2015, she was awarded with the Liebig scholarship of the Fonds of the Chemical Industry which allowed her to start her independent career. In August 2020, she became fellow of the Heisenberg program awarded by the DFG.

Her main research interest includes the synthesis and reactivity of strained amido-substituted silicon ring compounds with silicon atoms in low oxidation states. Furthermore, she is interested in the development of synthetic routes to unsaturated silicon and germanium clusters and their reactivity. 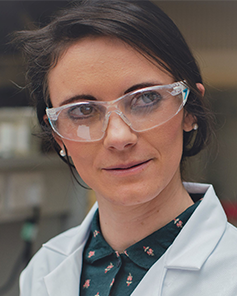 Prof. Melen studied for her PhD degree at the University of Cambridge (UK). Following Postdoctoral studies in Toronto (Canada) and Heidelberg (Germany), she took up a position at Cardiff University (UK) in 2014 where she is now a Professor in Inorganic Chemistry. In 2018, she was awarded an EPSRC early career fellowship and she was the 2019 recipient of the RSC Harrison Meldola Memorial Prize. Her research interests include diverse aspects of main group reactivity and catalysis, including the applications of main group chemistry in organic synthesis. 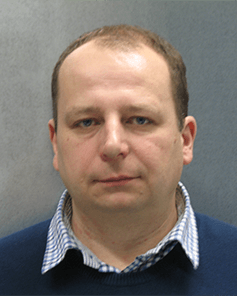 Ales Ruzicka studied chemistry at the University of Pardubice, Czech Republic (1992-1997 MSc., 2001 Ph.D.). He spent postdoc with Professor M. F. Lappert at the University of Sussex (UK, 2003). After his postdoc he returned to the University of Pardubice, where he was promoted to Associate Professor (2005) and to Full Professor (2011). Ales Ruzicka deals with the preparation of organometallic and coordination compounds with an emphasis on the study of the relationships between structure, their static properties and reactivity as well as possible applications in catalytically controlled processes and materials area. The focus is on the chemistry of non- and main group metals, from alkali metals through boranes, aluminium/tin compounds to halogens. To stabilize unconventional clusters of these elements and their lower oxidation states, he uses a wide variety of ligands, especially nitrogen and carbene based ones. He is involved in teaching Inorganic Chemistry, Organometallic Chemistry, Bioinorganic Chemistry, Homogeneous Catalysis, Crystallography and Spectroscopic Methods. 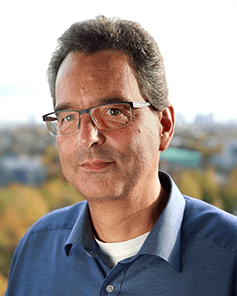 Matthias Wagner obtained his Ph.D. with Prof. Dr. H. Nöth at the Ludwig-Maximilians- Universität München (Germany). He stayed for postdoc with Professor M. L. H. Green, FRS, at Oxford University (UK) and finished his Habilitation in 1997 at the Technische Universität München in the group of Prof. Dr. W. A. Herrmann. Since 1999, he is Full Professor of Organometallic Chemistry at the Goethe-Universität Frankfurt/Main (Germany). His current research interests are general main-group chemistry, the investigation of reactive intermediates, and organometallic catalysis directed toward materials synthesis. 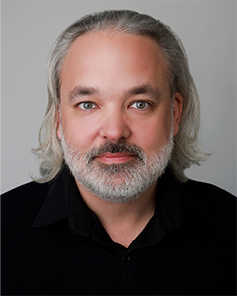 Jan J. Weigand obtained his diploma in chemistry in 2002 and his Dr. rer nat. in 2005 from the LMU in Munich. He was awarded in 2005 with the Bavarian culture prize and obtained a Lynen Scholarship from the AvH foundation for postdoctoral research at Dalhousie University in Halifax (Canada). He returned to Germany with a “Lynen Return Fellowship” and started his habilitation at the WWU Münster end of 2007 under the supervision of Prof. Hahn. He was awarded shortly after with the Liebig scholarship of the FCI which allowed him in 2008 to start his independent career. In April 2010 he became fellow of the very prestigious Emmy Noether research program awarded by the DFG and obtained the Wöhler research award for young scientist. In July 2012, he also obtained from the EC (European council) an “ERC starting grant”. Since 01.01.2013 he is Professor at the TU University Dresden. One of his main research interest is the development of new and sustainable synthesis routes to novel cationic and neutral phosphorus compounds and their use in synthetic applications of fundamental and industrial relevance. Furthermore, the group is involved in “solvent extractions” and novel recycling strategies and technical chemistry applications.