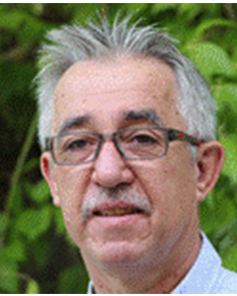 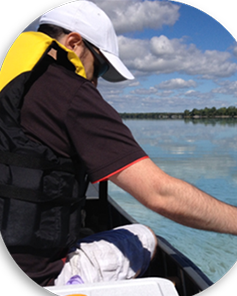 Nicolas Tromas is currently working as an associate research fellow in Jesse Shapiro’s lab (Université de Montréal and McGill University). Over the last six years, he has investigated how natural microbial populations respond to different selective pressures in freshwater systems, combining  fieldwork, ‘omics analysis, in vitro experiments and machine learning, with a focus on cyanobacteria. Much of this research was supported by

a Marie Skłodowska Curie fellowship (2015-2018). One of his objectives is to improve prediction of specific microbial community states (e.g blooms) using biotic factors, which they have shown to be more informative that abiotic factors in predicting cyanobacterial blooms (Tromas et al., ISMEJ 2017; Frontiers in Microbiology, 2018). Investigating microbial interactions (e.g cyanobacteria microbiome association and bacteria-phage infection network) and how environmental factors affect these interactions are essential in understanding microbial dynamics and niche colonization (Perez and Tromas, 2021, Microbiome).

Cyanobacteria from the genus Microcystis can form large mucilaginous colonies with attached heterotrophic bacteria – their microbiome. However, the nature of the relationship between Microcystis and its microbiome remains unclear. Is it a long-term, evolutionarily stable association? Which partners benefit? Here we report the genomic diversity of 109 individual Microcystis colonies – including cyanobacteria and associated bacterial genomes – isolated in situ and without culture from Lake Champlain, Canada and Pampulha Reservoir, Brazil. We found 14 distinct Microcystis genotypes from Canada, of which only two have been previously reported, and four genotypes specific to Brazil. Microcystis genetic diversity was much greater between than within colonies, consistent with colony growth by clonal expansion rather than aggregation of Microcystis cells. We also identified 72 bacterial species in the microbiome. Each Microcystis genotype had a distinct microbiome composition, and more closely-related genotypes had more similar microbiomes. This pattern of phylosymbiosis could be explained by co-phylogeny in only two out of the nine most prevalent associated bacterial genera, Roseomonas and Rhodobacter. These phylogenetically associated genera could enrich the metabolic repertoire of Microcystis, for example by encoding the biosynthesis of complementary carotenoid molecules. In contrast, other colony-associated bacteria showed weaker signals of co-phylogeny, but stronger evidence of horizontal gene transfer with Microcystis. These observations suggest that acquired genes are more likely to be retained in both partners (Microcystis and members of its microbiome) when they are loosely associated, whereas one gene copy is sufficient when the association is physically tight and evolutionarily long-lasting. 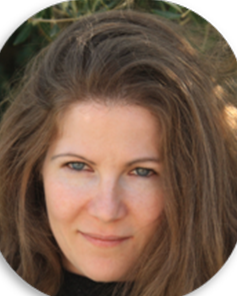 Céline Brochier Armanet  is Professor at the Claude Bernard Lyon I University in the Laboratory of Biometry and Evolutionary Biology. Her research aims at deciphering the major evolutionary events at the origin of the three Domains of Life (Archaea, Bacteria and Eucarya). She is developing phylogenomic approaches to elucidate the relationships among the main microbial lineages and reconstruct the evolutionary history of cellular systems and processes at the origin of the present-day biodiversity. She has a strong expertise in molecular phylogenetics, comparative genomics, and evolutionary microbiology.

Previous studies have shown that environmental temperature has a significant impact on protein evolution in prokaryotes. For example, phylogenetic studies have indicated that hyperthermophilic and thermophilic prokaryotes have shorter branches than their mesophilic relatives, most likely due to slower rates of evolution. On the other hand, they display high rates of gene acquisition by horizontal transfer. Proteome comparisons also revealed positive correlations between optimal growth temperature and amino acid frequencies. However, it is not known whether thermoadaptation occurs primarily through sequential accumulation of substitutions, massive horizontal gene transfers, or both. The actual contribution of amino acid substitution to thermoadaptation is difficult to measure because of confounding environmental and genetic factors (e.g., pH, salinity, genomic G+C content) that also affect proteome evolution. Furthermore, the underlying mechanisms remain to be deciphered.

In a recent study, we reveal that Methanococcales, a major archaeal lineage, is a unic model to study the molecular mechanisms associated with thermoadaptation. Indeed, we show that in this lineage, the optimal growth temperature is the main factor affecting amino acid frequency variations. Combining phylogenomic and ancestral sequence reconstruction approaches, we reveal a sequential substitution pattern in which lysine plays a central role by fine-tuning the pool of arginine, serine, threonine, glutamine and asparagine, whose frequencies are strongly correlated with the optimal growth temperature. Finally, we show that colonization of new thermal niches is not associated with high amounts of horizontal gene transfer. Overall, although the acquisition of a few key proteins by horizontal gene transfer may have promoted thermoadaptation in Methanococcales, our results support that sequential amino acid substitutions are the primary driver of thermoadaptation. 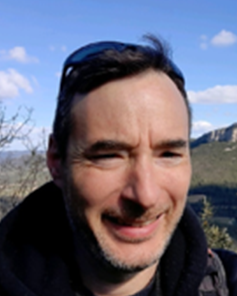 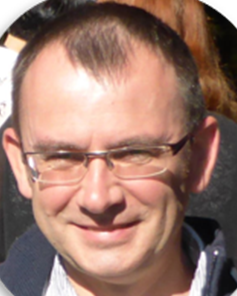 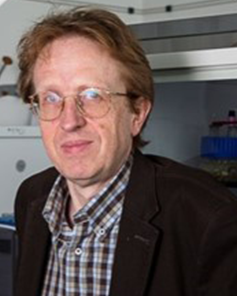